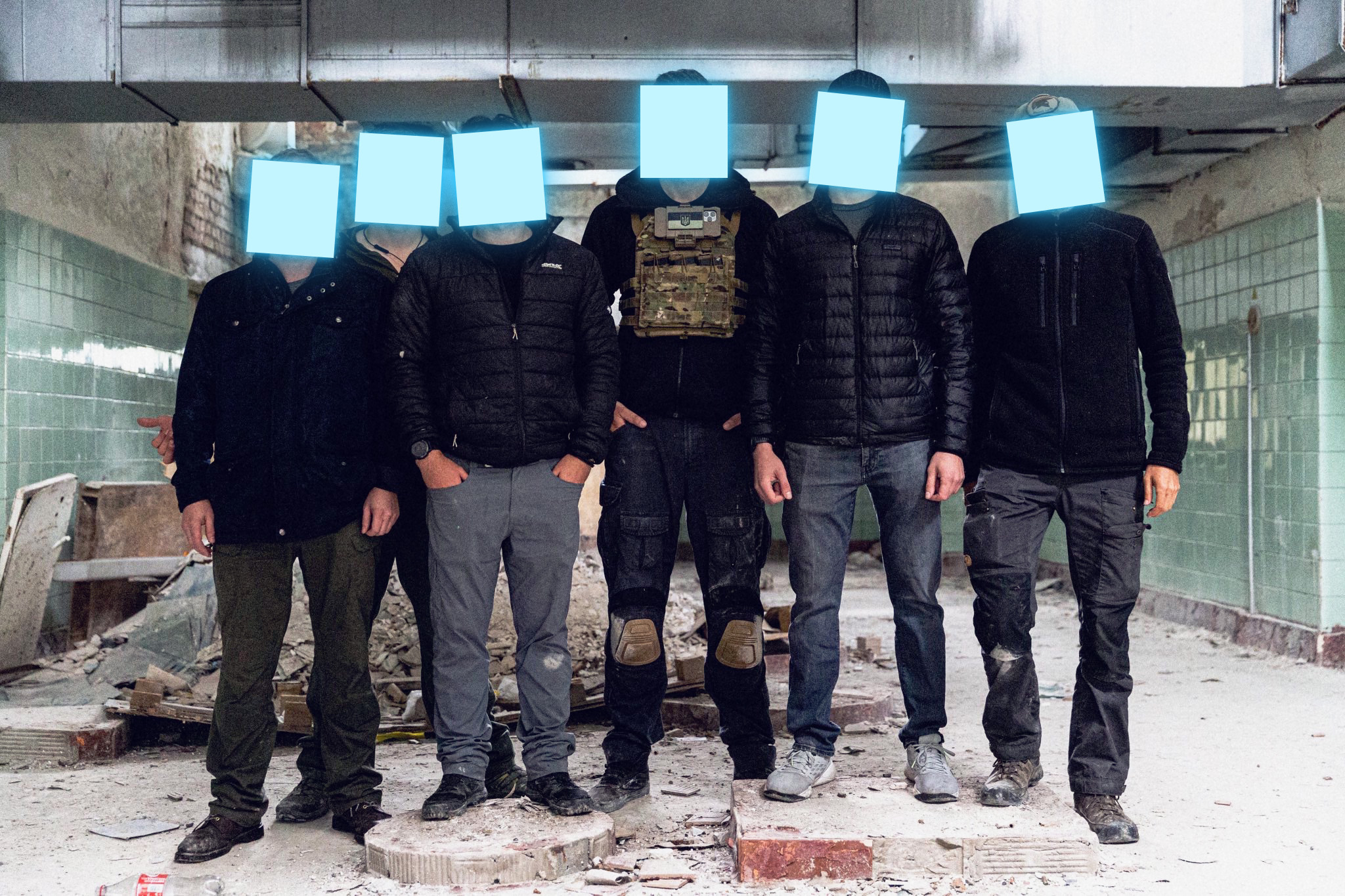 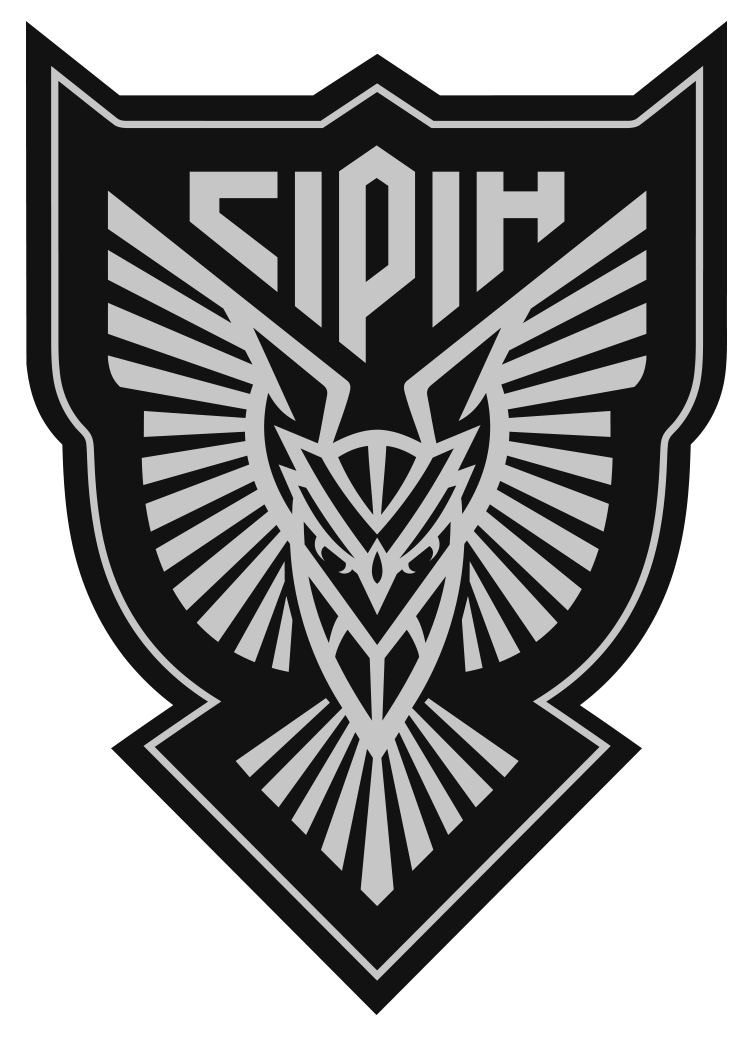 Who is SIRIN?  We are Ukrainians, Americans, British, Canadians, Norwegians, Georgians, Poles, and Czechs.

We are civilians and veterans. We were once Marines and Rangers. We are ex Green Berets and Delta Force. We are active Ukrainian military.

We are Ukrainians' sons and daughters. We are their husbands and wives. We have sometimes been co-workers and often best friends.

Together, we are committed to a single principle — that a totalitarian beast must not be allowed to invade a free nation and commit genocide against its people.

So we are here to make our humble contribution to this most just of wars. And we will stay here until the job is finished.

Project SIRIN has a backbone of logistical expertise provided by elite US Army combat veterans and their trusted suppliers.

Shortly after the February 24th invasion, a small group of concerned individuals (our founders) organized a friends and family raise to purchase a single off the shelf drone for a Ukrainian soldier. By the end of April 2022, with the help of several partners from the veteran and special ops community, SIRIN managed to raise over $230,000 USD for Operation Rurik and purchased a variety of milspec night vision and thermal optics equipment.

Completing our last supply runs for Operation Rurik  throughout May and June, the SIRIN team managed to establish a network of other like-minded individuals and teams doing great work in Ukraine. During this time, we also began outreach  and established comms with some 40+ special ops and reconnaissance units in Ukraine. This period marked the start of our broader needs assessment and collection of end-user data.

Realizing that the scale of supply gaps within Ukrainian special ops far exceeded our ability to fundraise for on a solely private donations basis, SIRIN partnered with several manufacturers, NGOs and logistics companies to create Operation Lybid — a $23.5 million (now $90+ M) supply initiative in four parts for special ops units in Ukraine. Seeking the approval of the Ukrainian MOD and funding from Western governments, the initiative would supply state of the art night vision, thermal optics, and both nano and medium range drones with ISR capabilities and electronic warfare countermeasures.

With Operation Lybid still awaiting final approval from the top levels of the MoD and Ukrainian military, SIRIN decided to switch gears and refocus on private funding once more by launching its own merch brand and store. Besides not having to delay our operations entirely according to government decisions, we thought it would be wise to create multiple revenue streams and thereby be able to support our own full-time staff as well as those of our network-affiliated groups providing crucial services like infantry and combat medical training, medical supplies and frontline evacuations.

Ukrainian Fixik, or "Fixies" as they're colloquially known, are a community started by Ukrainian special operators of the SBU and their families. Since we began our presence in Ukraine, they have been essential in helping us to conduct effective needs assessment for spec ops units and fine tune proposals for Ukrainian governmental authorities.

Among the most forward-deployed western support groups in this war, Dynamic has been providing training to Ukrainian Armed Forces since March and constitute one of the most hands-on groups within the SIRIN network. As different orgs consolidate their efforts, Dynamic continues to lead collaborative initiatives with other partners, attracting new qualified personnel and resources to the task at hand.

When it comes to making an impact on the ground, few western NGOs exceed Darkhorse Benefits. Founded by a US Navy SEAL and made up of former SOCOM medics, the group has been providing tactical combat casualty training (TCCC), IFAKs, and MRE rations to the Ukrainian military in increasing volume since the February 2022 invasion began. As one of the most trusted organizations in the SIRIN Network, Darkhorse continues to provide resources and personnel to joint projects we conduct throughout Ukraine.

Founded back in 2014 during Russia's initial invasion of Ukraine, Aerorozvidka is Ukraine's premier small drone reconnaissance and engineering organization. Both an NGO and an officially incorporated Ukrainian military unit, the group promotes implementation of a far reaching and net-centric drone surveillance network. As such, they are ideal partners for third-party combat test analysis and recommendations on new drone systems SIRIN seeks to introduce into Ukraine.

Beyond their manufacture of custom firearm parts, accessories, and tactical equipment, S3F proved themselves since February 2022 to be one of the most active supporters of the Ukrainian war effort, especially at the grassroots / NGO aid level. Whether helping us find the best suppliers or connecting us with in-country units, we simply love what these guys do. Among other things, we're super excited to see their new OSINT channel, Project Leaflet take off.

Owned and operated by former US Army Special Forces (Green Berets), One 7 Six was instrumental in the initial funding and logistics phase of SIRIN and continues to lend both advice and promotional support today. Just a very solid organization led by humble, knowledgeable guys.

The War Club is a Texas-based night vision supplier and trainer well, well trusted by the American special ops and law enforcement communities. As SIRIN's go-to American supplier for all things night vision, they were crucial to our initial supply operations and early technical education.

Nicholas Laidlaw is an ex US Marine turned amateur historian and journalist who set about the important task of documenting as many firsthand accounts of the Ukraine war from soldiers as possible. These stories are excerpted regularly on the B&B Instagram and also collected in his book, What War Did To Us, Volume 2. Teamed up with Project Leaflet and Atlas Global Aid, Nick is presently traveling to Ukraine to conduct yet more of these interviews in person.

Founded by former US Army SOF operators, this global trade company specializing in sourcing, procurement, supply chain management, business and logistical consulting has been a reliable ally to SIRIN on many complex cross border issues. As SIRIN begins to scale our supply operations and create new equipment offerings for our client units, Aegis brings invaluable experience and insights to these projects.

One of our closest  partners is a boutique consulting firm led by two former Delta Force operators based out of the United States. Their rare areas of expertise have helped SIRIN navigate some our biggest challenges — especially related to operational security, mission planning, training and supply logistics. Needless to say, we wouldn't have accomplished half of what we have without their input.

Officially formed in 2013, this Luxembourg-based manufacturer has quickly emerged as a technical innovator within the night vision industry, providing revolutionary housings like its dual DTNVG (2016) and DTNVS (2020) that match or exceed those of longtime industry standard bearer, L3 Harris. ACTInBlack has provided generous tech support and advice to SIRIN since our earliest days and as such has become an extremely valued partner.

FLIR is one of the world's leading manufacturers of advanced thermal optics and military application drones. Its Black Hornet drone system is considered the world's first military spec "nano-drone", providing soldiers with the ability to conduct quick reconnaissance in some of the most challenging combat situations, particularly urban warfare and CQB environments. SIRIN has been working with FLIR since summer on a number of supply initiatives to give Ukrainian spec ops units access to their peerless technology.

This Estonian company has made a name for itself as one of Europe's most reliable sources for a range of milspec night vision and thermal optical equipment. As such they have become an amazing advisor and partner for SIRIN, both in terms of technical knowledge and forecasting new purchase opportunities.

One of the best OSINT aggregator channels out there, Project Leaflet scours the darkest depths of Russian and Ukrainian social channels, serving up fresh and fast updates each day. In the near future, this media venture by S3F Solutions will also partner with Battles & Beers to conduct on the ground interviews with Ukrainian and Western volunteer soldiers regarding their combat experiences.

This Kyiv-based artist collective creates street art poster works which reflect the difficult reality of the war and make harsh critiques against the fascist Russian state that has given birth to it. Proceeds from these limited run print pieces go to fund equipment for Territorial Defense Forces as well as medical and humanitarian aid supplies. In collaboration with SIRIN, they are also adapting many of their poster designs to T-shirts whose sale will support similar causes.

Nicholas Laidlaw is an ex US Marine turned amateur historian and journalist who set about the important task of documenting as many firsthand accounts of the Ukraine war from soldiers as possible. These stories are excerpted regularly on the B&B Instagram and also collected in his book, What War Did To Us, Volume 2. Teamed up with Project Leaflet and Atlas Global Aid, Nick is presently traveling to Ukraine to conduct yet more of these interviews in person.

Project SIRIN has a backbone of logistical expertise provided by elite US Army combat veterans and their trusted suppliers.