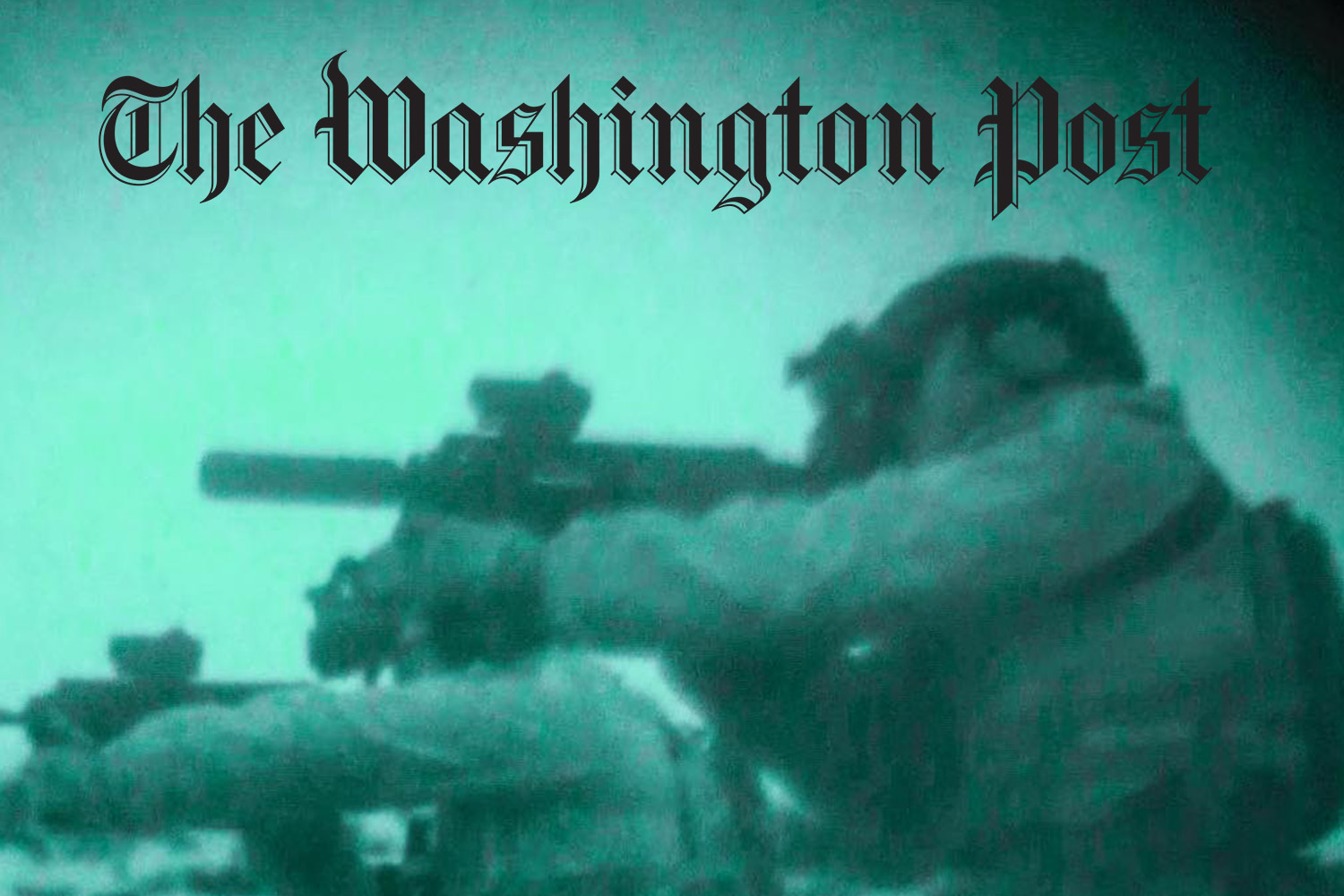 In the three months since Chris left the United States to join the war in Ukraine, he has fought, he said, in some of its diciest battles, in places like Irpin, Kherson and Zaporizhzhia.

A former member of the U.S. Army’s 75th Ranger Regiment, he went to Ukraine with extensive experience conducting nighttime raids in Iraq and Afghanistan. But until recently, he was unable to employ it against Russian troops because the Ukrainian units with which he has been paired lacked the necessary technology.

“In the American military, these kinds of things get provided. The night vision and thermals, those are things I can’t afford,” said Chris, who spoke on the condition that his full name not be disclosed, citing the sensitivity of his work in Ukraine. “Without it, it was just difficult. … It’s pretty terrifying to be at the front and you can’t aim your weapons systems about half of the time.”

The Washington Post interviewed Chris in May and verified his military credentials through official service records. He’s part of a small, shadowy network of former military personnel and small-scale contractors aiding Ukraine’s war effort by providing advanced, commercially available combat gear to front-line units engaging Russian forces at close range. Such efforts, they say, enable Ukraine to exploit the vulnerabilities of what is generally a larger, more technologically advanced Russian military by targeting and taking out forces as they approach.

It’s a delicate venture, one that involves close scrutiny of U.S. laws governing the sale and distribution of sensitive military equipment, people familiar with the effort say. At least three members of Congress have been approached by groups seeking guidance on how to speed applications for government approval to export materiel that is closely regulated.

While aerial bombardment continues in select parts of Ukraine, the ground campaign in the east has become the central focus now. U.S. defense officials say the fight for Donbas especially has become an artillery war, fueling the trend toward sending heavier, long-range systems to buttress the local resistance. Ukrainian troops, aided by Western weapons and volunteers, have mounted a potent resistance, destroying Russian tanks and aircraft, and taking potentially tens of thousands of troops off the battlefield.

Weapons and other equipment have been flowing into Ukraine in recent weeks from a host of NATO countries. Since the start of the Russian invasion, the U.S. government alone has provided almost $4 billion in security assistance to Kyiv, with billions more authorized for use in the coming weeks and months. According to the Pentagon’s accounting, the equipment sent to Ukraine includes more than 50,000 sets of body armor and helmets, 2,000 optics and laser range finders, night-vision devices, thermal imagery systems and more.

“The Ukrainians have told us repeatedly that they do not need additional small arms from the United States,” Navy Capt. Mike Kafka, a Pentagon spokesman, said in response to questions about these private efforts to supplement Ukraine’s arsenal. “We remain in constant communication with Ukraine about their capability needs. … Once the equipment is delivered to the Ukrainians, how they distribute it inside Ukraine is up to them.”

Ad hoc groups working to help the Ukrainians say certain Western military aid is not getting where it needs to be fast enough or in sufficient supply. “There is a massive disconnect from the very top to the guy on the front lines,” said Ryan Gisolfi, co-founder of Delta Level Solutions, a security firm established this year that is helping move military equipment obtained independently of Western governments to special operations units in Ukraine.

Hunter Ripley “Rip” Rawlings, a retired Marine lieutenant colonel, went to Ukraine at the start of hostilities and has been working through his group, Ripley’s Heroes, and with other foundations and vendors to transfer nonlethal military gear and medical equipment. “The military aid packages that are moving through, they are … not night-vision goggles and they’re not body armor,” Rawlings said in an interview from Kyiv. “So we’ve filled a niche — and the niche is large.”

Ukraine’s Defense Ministry did not respond to a request for comment.